Did You Know These About Plum Cakes? 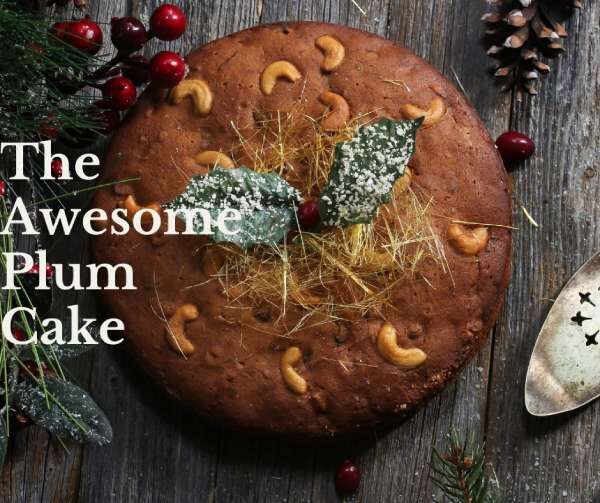 Winters are here and it brings the festivities like Christmas and the New Year. All over the world, people are celebrating these two events and it starts with the Christmas celebrations. You may be getting together with your family and friends this year as well and wondering how to make it special with delectable treats including the plum cake which is such an integral part of the Christmas festival.

What is special about a plum cake?

Unlike most of the cakes which are prepared in some minutes to a couple of hours, the preparation of this cake takes months. The slightly bitter taste and strong texture of this cake are due to the dry fruits are usually soaked in brandy or rum for months. They are taken out only during this festival for baking the cake. The unique aroma of these dry fruits such as grapes, raisins, currants, or prunes makes this Christmas plum cake special as it has an intoxicating flavor and smell which makes it irresistible.

How did plum cakes originate?

The origin of the plum cake is known to be somewhere in medieval England. During Christmas, it was a tradition to fast weeks before Christmas so that you would hold good stead to indulge in the days to come.

On the eve of Christmas, it was a custom to cook a rich porridge that would help to ‘line the stomach’ and prepare it for the feast to come. This porridge included dried fruits, oats, honey, spices, and even meat to make it a wholesome meal.

Later the same ingredients almost were being used to prepare cakes for Christmas and it got known as the traditional dessert for Christmas.

It is now days very easy to pick up these cakes from the market, but here is a simple recipe that you can use to prepare it at home as well to give it an extra special feel to your loved ones.

Can plum cakes be made at home?

Here’s a simple traditional plum cake recipe that you can use to make a cake right at your home. First, bring together and keep overnight the candied ginger, dried fruits, brandy, and candied orange peel. Mix all the dry ingredients the next day such as the all-purpose flour, spices, baking powder, and salt. Now mix butter and sugar till it forms a nice paste. Blend in eggs along with vanilla flavor and molasses. Mix them all till they form a thick mixture.

It’s time to add those dry fruits you had set aside with brandy in the mixture. Now you can either make one cake or bake two and put one on top of another with a layer of jam and water to give it a glazed feel. After baking for an hour and 35 minutes, brush it with some liquor and place it on a wired rack to dry before topping it with the jam.

Surprise your friends with this specially made cake at home and enjoy your Christmas!